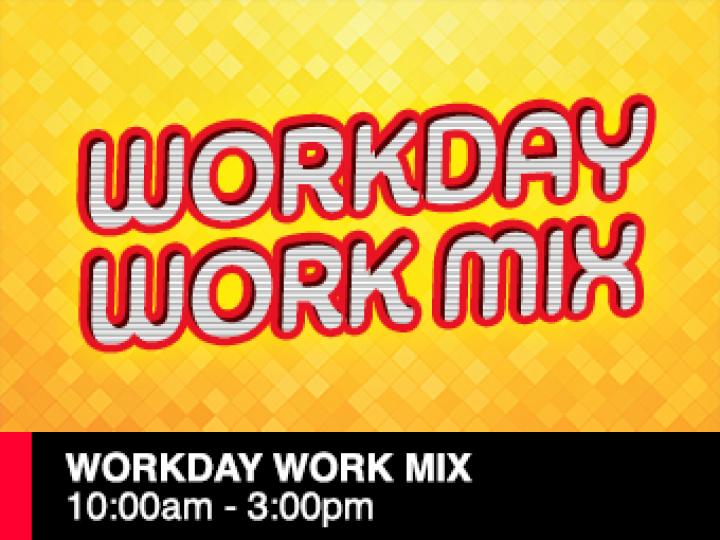 Belinda Hurtado or Bely as you may know her on your radio is the newest edition to the KMIX 106.3 family. You can get your daily dose of energy with Bely, afternoons, Monday through Friday from 3pm -7pm.

She has recently made the AV her home. Making the move from LA where she has been a household name for the past 5 years. Bely got her start on Mega 96.3, formerly Latino 96.3, as a co-host for the morning show in 2010 following the completion of her internship at the radio station. A station where she was a part of the pioneering Latino music movement in the Reggaeton genre. While on the morning show, she also formed as part of the street team for both the Spanglish station and their Mexican Regional sister station La Raza 97.9  In 2011, she was offered the prime-time slot as a solo host at the only she Spanish rock and pop radio station in Los Angeles, Super Estrella 107.1 Monday through Saturday she accompanied people on their drive home from Ventura to Riverside County and all cities in between. Soon after she introduced herself as the Night host where she kept L.A. up with her high-energy and nightly one hour live DJ mix feature. Bely then went after her next big challenge and decided on KMIX 106.3 to play an integral part of her growth in her radio career.

During her career, Bely has had the opportunity to interview an array of artist from Taboo to Prince Royce to Jenni Rivera to Daddy Yankee. She has also stood on stages of such venues like The Mayan Theater, The City National Grove of Anaheim, The Gibson Amphitheater, The Staples Center and more to present artist and bands essential to each pertaining stations’ musical genre.

Bely is a born and raised Angelino. She is the eldest of three siblings and daughter to Mexican parents from Jalisco. Bely is a graduate from Cal State Fullerton. She majored in Communications, has a B.A. degree in Print Journalism and a minor in Spanish. She hopes to receive her Master’s degree in the near future as well as further her career by crossing over to television.

Before radio, Bely was a freelance make-up artist for Lancome. To this day,  she still enjoys doing make-overs as a hobby and making women feel beautiful. Another of her favorite hobbies is songwriting in both English and Spanish. She holds copy rights to a handful of songs and hopes to shop them to the right artist. She is also a fundraiser for the Arthritis foundation and participates in the L.A. Walk to Cure Arthritis every year in

hopes of raising awareness and funds to find a cure for arthritis while also in support of people battling A.S. arthritis like herself. You can also catch her doing things she loves, like karaoke, going to concerts, shopping, swinging away at the batting cages, and any outdoor activity that involves discovering new things. But her favorite thing to do is DANCE and listen to live music and all of their instruments. So give her a call Monday through Friday from 10-3pm or drop her a message on her Facebook: facebook.com/IAmBelyH or look for her under Bely Live, on twitter: @belyh or comment on her adventures on Instagram: @bely_h She’s your energetic spontaneous sweetheart on your radio-and its Bely, pronounced like belly button but spelled with one “L.” ;)